My Wife Is a Beautiful CEO - Chapter 328

Here's the last chapter of the week. Enjoy reading!

Comments from the previous chapter: 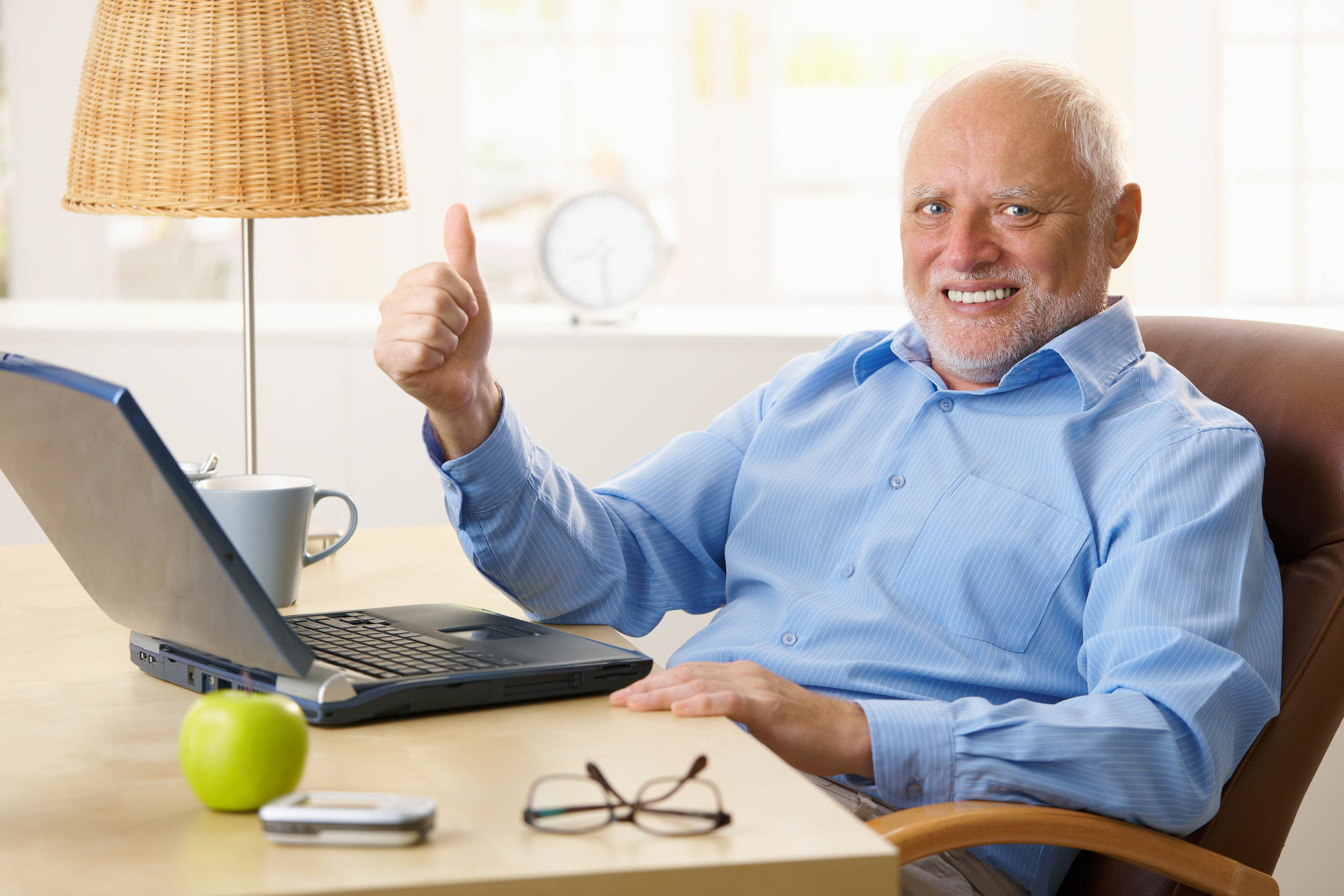 Actually, this incredibly magical scene which everyone was terrified by didn’t amaze Yang Chen at all.

Now that his internal energy reached Full Cycle, he could finally cultivate True Qi outside his body freely.

When he walked past Judy and the others earlier, he used a pressure that the other person couldn’t resist, and even made them forget to breathe, while cultivating an overbearing True Qi surrounding his body, forming atmosphere like his realm.

All six of them had their organs shocked into pieces before falling down dead. Regarding the absence of  blood, it was because they fell before their blood could flow to their mouths and noses.

Having used such a magical technique, Yang Chen didn’t feel very content. It was merely an ordinary skill among the ones he could use on his level. It couldn’t be said that he was skillful. He solely relied on his strength to defeat the weak.

Noriko Okawa together with Hannya and Tanuki waited seriously, even Nine-tailed Arctic Fox and the short-haired lady who were excited earlier stood on the opposite of Yang Chen in a solemn manner.

They were very aware that the speed Yang Chen displayed earlier, had far exceeded their expectations and imaginations. Except confrontation, they had no other way to leave!

“Legend has it that among the lightness skills in ancient China, one of them called ‘Shrinking Lands to an Inch’, when trained to its deep realm, the user could achieve teleportation-like movements. Apparently, Your Majesty Pluto is not very far away from the legendary cultivation method,” Noriko Okawa said in a serious manner. The demon’s blade in his hand which was gleaming the light of blood was unstoppably vibrating, as if it was ready to be sent to combat again.

[TL note: Lightness Skill (轻功 qīnggōng) – often left untranslated as “Qinggong”. The ability to lighten the body and move with great agility & swiftness. At high proficiency, practitioners of this skill can run across water, leap to the top of trees, or even glide through the air.]

“Oh, I haven’t heard of it, but my speed is still far from teleportation,” Yang Chen replied.

Noriko Okawa raised his masamura and pointed it at Yang Chen, being two feet away from him.
“Even so, I still have a chance if I try my best.”

Yang Chen didn’t mind that he was being pointed at with a sword. He glanced at the remaining five people, and said to the short-haired girl who hadn’t shown her ability yet, “You should be Nine-tailed Arctic Fox’s other sister—Nine-lived Demon Cat.”

The yellow-haired Nine-tailed Demon Cat’s pupils shrank and they turned from black-brown to light green. Smirking, she said, “So you found out who I am already.”

“Although Takamagahara is an association, it doesn’t have a leader. I bet it was your own decision to come and seek revenge for your elder sister Snow Girl,” Yang Chen said.

“That’s right, but unfortunately, you seem to be far stronger than we imagined. This made the two of us sisters really afraid,” Demon Girl said with a weird smile before patting her chest.

Yang Chen looked indifferent. He put his hands into the pockets of his pants while his upper body was naked. Seeming interested, he said, “I’ve crossed hands with most hidden associations before. You guys at Takamagahara are considered the more creative ones, all of you have different origins. I really hope that you can show me something I’ve never seen before.”

Anger could be seen in Nine-tailed Demon Cat’s green eyes. “Do you think we’ll be afraid of you just because you can stand up again?! Stop putting up an act, watch out!”

After she finished speaking, Demon Cat appeared in front of Yang Chen in the blink of an eye like a shadow.

Sharp and long cat claws appeared from her fingers out of nowhere which flashed electric currents faintly. Quickly, she reached her claws towards Yang Chen’s throat!

Yang Chen’s body was stronger than ever. Although Demon Cat was fast, he easily dodged her attack and stood aside.

However, Demon Cat’s acuity was extremely high. Once she missed her first attack, she turned around and immediately struck back with a kick, generating gust from her foot!

The gust caused ripple to appear in the air, while the door frame of the ancient mansion collapsed and fragmented into pieces as a result of the force!

Yang Chen finally noticed just how fast Demon Cat’s movements and actions were. Facing the oncoming kick of strong gust, he raised his arm and slapped downwards using about the same force!

Demon Cat snorted. She failed to gain any advantage following Yang Chen’s slap which blocked her kick which brought a powerful cyclone.

Utilizing Yang Chen’s arm strength, Demon Cat retreated before using a single hand to support her body on the ground. She shouted, “Raise!”

A loud noise echoed. A few bamboo-shaped rocks and soil formed spikes and rushed out from the ground, heading directly to Yang Chen’s lower body!

Yang Chen quickly dodged away, but got splattered with soil all over his body, making him look rather pathetic.

“Legend has it that Nine-tailed Demon Cat gains a new tail every nine years. The addition of one tail will grant the ability to control one more natural element. One with nine tails and lives could use gold, wood, water, fire, earth, wind, rain, thunder and lightning. Evidently, you know at least three of them already,” Yang Chen said like he was admiring something and behaved calmly.

Demon Cat couldn’t cause any damage to Yang Chen. Being observed like a toy by him, she knew that he was teasing her, she immediately got enraged. “I’m not done yet!”

As soon as she finished speaking, the sharp claws on both her hands lengthened once again, becoming whopping five inches long. The light of electricity appeared in the surroundings. With a speed much quicker than before, she pounced on Yang Chen!

Witnessing her own sister fighting Yang Chen with her life, Nine-tailed Arctic Fox stared at Noriko Okawa angrily. “Okawa, if you want to live, you have to team up with us. Do you possibly want to give your life away only after the two of us sisters die?”

“Fight him if you want, don’t drag me in there. I’ll naturally have a showdown with him later.” Noriko Okawa stood still.

Arctic Fox violently gazed upon him, hating that she didn’t have the ability to scoop his eyes out.

She was most profound in disguise, creating illusion, and reading minds. There really wasn’t much she could do when it came to a battle. If she suddenly stepped into the combat, she’d only be an obstacle to Demon Cat, so all she could do was watch the battle nervously.

As Arctic Fox hesitated on whether she should cast illusions to leave the place while Yang Chen was battling, since there’d always be hope if she stayed alive, the fight between Yang Chen and Demon Cat suddenly had some changes!

Sounds of explosion repeatedly resounded from the purple electric current in Yang Chen’s hand, but he didn’t move at all and look any unusual.

“It seems like these little things are all you’re capable of.”

Yang Chen sighed in an indifferent manner. Shortly after, he flipped his left hand before pushing forward!

Demon Cat cried sharply in pain. The sharp claws on her left hand were all broken by Yang Chen with ease!

Fresh blood splashed from her fingertips while she quickly retreated to a corner. Staring at Yang Chen in enmity, she didn’t look like a cat, but an exasperated leopard instead.

However, when Yang Chen was prepared to launch another attack, Demon Cat’s sharp claws grew out from her fingers again. Her blood stopped leaking, as if she wasn’t damaged at all.

“Eh, no wonder you’re called Nine-lived Demon Cat. Your self-healing ability is quite impressive,” Yang Chen said with a smile.

Yang Chen took a glance at her before his facial expression immediately changed.

Nine-tailed Arctic Fox changed to Seventeen’s appearance in an unnoticed manner. She was dressed in a blue dress while her hair was ruffled by the wind. She looked depressed, especially her eyes which brought misery as they fixed on Yang Chen, as if Seventeen were revived once again, standing right in front of him.

Even if he knew she wasn’t the real Seventeen, Nine-tailed Arctic Fox illusion was so flawless that Yang Chen still stunned for a moment.

However, getting distracted for only a short moment in a fight amongst skilled fighers was enough to form a huge turning point!

Not only did Nine-lived Demon Cat who rushed towards Yang Chen’s chest see the opportunity, even Noriko Okawa who wasn’t willing to help earlier also reacted quickly as he pulled out the demon’s blade masamura, like bringing a water dragon into the ocean, before charging towards the back of Yang Chen’s skull!

Coming from the front and behind, the attacks charged with all their energies caused the two of Yang Chen’s most lethal body parts to get threatened!

However, when the two thought they would immediately succeed, ‘Seventeen’ who stood there opened her eyes wide open, revealing an inconceivable expression…

Yang Chen who was standing at his original position suddenly disappeared, forming an afterimage there, while Yang Chen’s real body appeared behind the back of ‘Seventeen’ out of nowhere.

Blood flowed out from the corners of the lips of ‘Seventeen’. She kneeled on the ground on both her knees, before slowly falling onto the ground. With her eyes still opened, she died on the spot!

Following the death of ‘Seventeen’, Noriko Okawa’s and Demon Cat’s attacks both failed. They looked at Nine-tailed Arctic Fox who was lying on the ground. Without the support of her illusion, she returned to her original costume and appearance.

Yang Chen turned around. It couldn’t be seen what he was feeling on his face, joy, anger, or sadness.

Staring at the woman who didn’t even know how she died on the ground, he murmured, “My Seventeen, is already dead.”