My Wife Is a Beautiful CEO - Chapter 283

Couldn't Be Cut Off

Please support the translation through Patreon if you are able to. You will be able to access up to 14 chapters ahead. 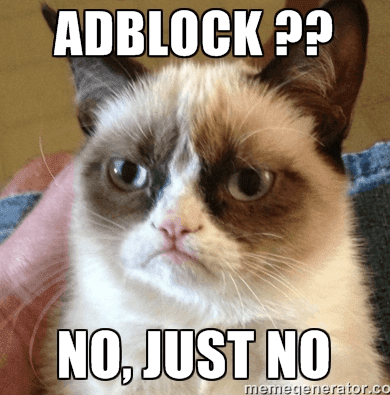 Our ads are not obtrusive (to me, and it's all that matters), so disable adblock now and something good shall happen to you tomorrow!


It was Sunday, the following day, also the day where Li Jingjing said she was coming over.

Wang Ma went out early in the morning to buy various types of meat and vegetable to prepare to properly treat the visitor.

Yang Chen didn't plan to intentionally avoid her. He sat in the living room downstairs and watched television as he waited for Li Jingjing's arrival.

However, Yang Chen felt extremely surprised since Lin Ruoxi wore an apron and helped Wang Ma in the kitchen with some tasks, like she wanted to cook as well.

Since Lin Ruoxi's culinary skill wasn't that great, Yang Chen treated her like a kid trying to have fun and didn't think much about it.

When it was almost noon, the doorbell rang.

Puttingon furry slippers, Lin Ruoxi quickly ran to the door before opening it. Currently, Lin Ruoxi appeared much more lively than usual. Putting a smile on her face, she welcomed Li Jingjing into the house. Evidently, her relationship with Li Jingjing was exceptional.

Li Jingjing who wore a white down coat walked into the house gracefully. This lady looked more mature than before as she brought the natural aura of a teacher together with slight elegance.

Yang Chen saw Lin Ruoxi hold Li Jingjing's hands as she spoke intimately. He felt that it was rather unbelievable considering how quiet she normally behaved. He thought, Isn’t their relationship developing a bit too quickly? However, he didn't know that Lin Ruoxi had been learning cooking techniques from Li Jingjing.

"Wow, Jingjing, why did you bring something here?" Lin Ruoxi complained when she saw the plastic bag Li Jingjing was holding. "Didn't I say I was going to treat you for lunch today? Why did you bring stuff here?"

"Since it's my first time here, I, of course, had to pay attention to my manners," Li Jingjing said with a smile. "Sister Lin, I guess you mustn't lack anything, so I only brought some dried vegetables that you can use to stew meat with."

After Lin Ruoxi listened to her, she happily let out a smile as received the plastic bag, before bringing Li Jingjing to the sofa in the living room.

"Yang Chen, Jingjing is our visitor. Why aren’t you standing up to greet her?" Lin Ruoxi asked. She was displeased when she saw Yang Chen mind his own business as he watched the news.

Lin Ruoxi didn't notice anything abnormal, she just thought Li Jingjing was shy in front of strangers. She said, "I'll help Wang Ma out. The meal will be ready very soon."

"Do you want me to help out as well?"

When Li Jingjing wanted to stand up, Lin Ruoxi stopped her. "No need. I promised to cook for you today."

After Lin Ruoxi ran back to the kitchen, Li Jingjing and Yang Chen both sat on the sofa. While the distance between them was short, they appeared extraordinarily far at the same time.

Yang Chen grieved. Not long ago, the two of them still acted exceptionally intimately. However, he had brutally drawn a line between them for the sake of Old Li's family. He wouldn't have done so otherwise.

Li Jingjing stared on the screen that displayed the news, which she didn't pay attention to at all. Her mind was really messy while her eyes expressed a complex emotion.

The two quietly sat down for almost half an hour until Wang Ma served the dishes from the kitchen and called the two to start eating.

Wang Ma said politely, "Miss Li, since it's your first time here, please eat as much as you want."

Li Jingjing quietly smiled as she hummed in agreement. It couldn’t be seen that she was behaving abnormally.

The sumptuous dishes on the table were really eye-catching. Without saying much, Yang Chen lowered his head, almost burying his head into the bowl, he stuffed big mouthfuls of rice and vegetables into his mouth.

Lin Ruoxi was elated when she saw how Yang Chen was eating pleasantly. She tried every dish as well and was rather satisfied with the taste.

At this moment, Yang Chen blurrily praised, "The dishes Wang Ma makes are always this delicious. You really can't blame me for eating so quickly. I truly can't stop eating."

When she got called this way in front of Li Jingjing, Lin Ruoxi couldn't help but to blush. As she rebuked in her heart, she asked, "Do you have any objections?"

This time, Yang Chen really looked at her in a completely different way. "Did you improve this much in such a short time?"

Proudly, Lin Ruoxi answered, "Isn't it just cooking? Jingjing taught me a few times before. As long as I'm willing to learn seriously, it's actually not that hard."

Yang Chen felt rather warm in his heart. Behind his back, this woman secretly learned how to cook from Li Jingjing. Although it looked quite dumb, it was so foolish that it got cute at the same time.

No wonder she's this close with Li Jingjing. She even became her disciple in cooking already.

"Sister Lin is very talented. I actually didn't teach her much," Li Jingjing praised smilingly, but her eyes were containing bitterness. Evidently, she wasn’t feeling too good looking at the intimacy between Yang Chen and Lin Ruoxi.

After half an hour, lunch ended and Yang Chen pretended to yawn. Using afternoon nap as an excuse, he walked up to his bedroom.

Actually, he was feeling terrible when Li Jingjing glanced at him in sorrow occasionally.

Resented, Lin Ruoxi rolled her eyes. “All you know is eat and sleep.”

She seemed like she’d gotten addicted to doing housework. Lin Ruoxi entered the kitchen with Wang Ma to wash the bowls, chopsticks and cooking utensils. While she was doing that, she asked Li Jingjing to watch the television in the living room.

Li Jingjing obediently sat on the sofa for a while. After a few minutes, she seemed to have made a decision as she gathered courage. Taking a deep breath, she stood up and walked upstairs.

Coming to the second floor, Li Jingjing walked to the bedroom where Yang Chen earlier before knocking on the door.

A short while later, the door got opened. Yang Chen didn’t go to sleep. He was still dressed in a thin sweater. When he saw Li Jingjing standing at the door, he didn’t know what to say temporarily.

On Li Jingjing’s beautiful face, it contained anguish. Looking at Yang Chen in the eyes, she asked, “Brother Yang, can I talk to you for a while?

Yang Chen noticed how she looked at him with high hopes. His heart softened as he stepped backwards to allow Li Jingjing enter the room. Turning around to avoid looking at Li Jingjing’s face, he said, “Say whatever you want quickly.”

Li Jingjing entered the room and didn’t shut the door. Sobbing faintly, she asked, “Brother Yang, do you really want to be this brutal?”

“I’m not being brutal. I’m making a choice that I feel is most appropriate. What your father said back then, I believe you understand it as well.” Yang Chen sighed. “I know that you’re a good girl, but I also know that you have parents who don’t hope to see you that way.”

“But Brother Yang, have you thought about it before? Even if you really cut off our relationship and act like a stranger, do you think I can make my parents live with satisfaction this way?” Li Jingjing said mournfully.

Yang Chen didn’t turn back to look at her. Listening to what Li Jingjing said, Yang Chen remained silent as his mind went messy. He recalled too many interactions he had with Li Jingjing in the past.

Since he knew her after returning to the country, the shy college student who followed him around became an independent and mature teacher today. Although only one year had passed, the root of their relationship was just like a flame facing the wind, difficult to be suppressed.

He still remembered how the girl looked at him through the window when he walked home late at night.

He still remembered the smile on her face and the look in her eyes when he sang at the gathering he went with her.

He still remembered that evening during the sunset, how soft and unpredictable Li Jingjing’s words were, as if her sound was still echoing beside his ears.

When a million thoughts passed through Yang Chen’s mind, he slowly forgot where he currently was. He felt a soft and delicate body pressed onto his back before a pair of slim arms crossed in front of his waist, hugging him from behind.

Li Jingjing placed her head on Yang Chen’s back tightly as she murmured, “Brother Yang, I won’t forget them. We’ve been through so much and you’ve done so much for me. How can I forget you? How can you choose to cut off my feelings for you?

“I won’t ever forget how you dealt with Chen Dehai and Chen Feng for me, how you brought me to buy clothes and told me I was your princess, and how you looked when you sang in front of me during the gathering you went with me…”

Yang Chen wanted Li Jingjing to withdraw her hands, but was afraid that such an action would only further hurt the girl’s feelings, and bring an overly severe harm.

“Jingjing, let’s talk properly. This isn’t the matter of whether you want it or not.” Yang Chen sighed.

Li Jingjing suddenly got agitated. She shouted, “No! Brother Yang, how can you reject me?! Have you forgotten how you rushed into the toilet when I was bathing at home? You… How can you treat me this brutally?!”

The sound of porcelain shattering on the ground resounded at the door.

Yang Chen suddenly regained awareness. When his mind was filled with various messy thoughts, he didn’t realize that someone walked upstairs to his door!

When he slowly turned around, Yang Chen instantly stunned.

He saw Lin Ruoxi standing outside the room, covering her mouth with one arm and tightly gripping her apron with another, as she restrained her tears from dripping. Her face was filled with torment, horror and despair.

On the ground, a broken porcelain plate and freshly cut fruits scattered all over the floor, looking like a complete mess.

“Sister Lin…” Li Jingjing let go of her arms from Yang Chen’s body. Lowering her head, she shrank to the side like a child who had done something wrong.

Lin Ruoxi swiftly turned around and ran a while. The echoing of door slamming soon followed. Evidently, she ran back to her room and slammed the door.

Yang Chen stood in shock for a very long time. Turning around, he looked at Li Jingjing who seemed to have spent all her energy. With a complex expression, he said, “You did it on purpose, didn’t you?”